#ThisIsMyFerguson is a St. Louis art exhibit that speaks to what people treasure from the past, value in the present, or passionately desire for the future of Ferguson, Missouri. Sr. Glynis McManamon, director of Good Shepherd Arts Center, envisioned the project a few months ago and has pulled together collaborators to ensure a successful show in August.


Exhibitors are residents, business owners, people who grew up in Ferguson, and others who are invested in Ferguson, Missouri. The show includes Good Shepherd Arts Center and three other venues in the Ferguson area: Ferguson public library, Urban League and St. Peter’s United Church of Christ.

#ThisIsMyFerguson opened on August 4, 2018, with a reception at all four venues. The show continues through August 25, 2018.


Good Shepherd Arts Center held a series of art making workshops to give community members an opportunity to make art for the exhibit.


More than 1,000 hand-folded origami peace cranes dangle from the ceiling in the Ferguson public library as part of the exhibit. The library also showcases altered books. The bulk of the exhibit #ThisIsMyFerguson is on display at Good Shepherd Arts Center. Here, visitors can see paintings, sculptures, photographs, installation art and a collection of postcards that people have written to the world about Ferguson. Words of Power: Lessons We Are Learning is an exhibit at the gallery that showcases in a single word or phrase what people said they value about Ferguson. Expressions include many words, including peace, change, beauty and respect.


The Urban League in West Florissant, a suburb of St. Louis near Ferguson, contains collages and postcards that children made during the Urban League’s summer camp. Artwork and photographs also hang on walls at St. Peter’s United Church of Christ in Ferguson, including Ribbons of Hope, a project that invited people from Ferguson to look toward the future by writing on a ribbon their hopes and wishes for Ferguson’s future.

Sr. Glynis said, “The world saw one aspect of Ferguson in 2014. The shooting of Michael Brown became the event that defined this small town. What the world has not seen is the hard work the people — all the people — have been doing to make changes.


“Even in the midst of the chaos, how many images of peaceful protest, respectful dialogue and people reaching out to one another were seen worldwide?” Sr. Glynis asks.


Ferguson resident Dara Ashby exhibited a photograph in #ThisIsMyFerguson. She said, “The untold story of Ferguson were images like this one … peaceful countryside with horses grazing. But CNN, NBC, ABC … none wanted to see anything positive about Ferguson. During the chaotic stress when the world came rushing into our tiny town with one narrative, this scene — as I was driving down Hudson Road — was a much-needed peaceful stop I made and photographed.”

“We believe in the healing power of art and are glad to be a part of Ferguson’s renewal and resurrection,” Sr. Glynis said.


Spirituality – We believe that art which affirms truth, goodness and beauty can lead to richer spiritual awareness for people of all faiths.


Individual Worth – We believe that classes and workshops can help develop unique creative and artistic gifts that affirm all aspects of human diversity.


Harmony – We believe that art nurtures unifying experiences and a harmonious atmosphere in the Gallery.


Hospitality – We believe that all persons who enter the Gallery come in a spirit of peace. 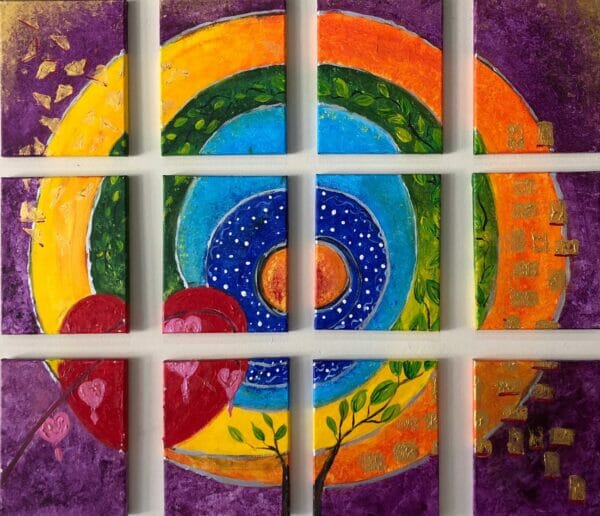