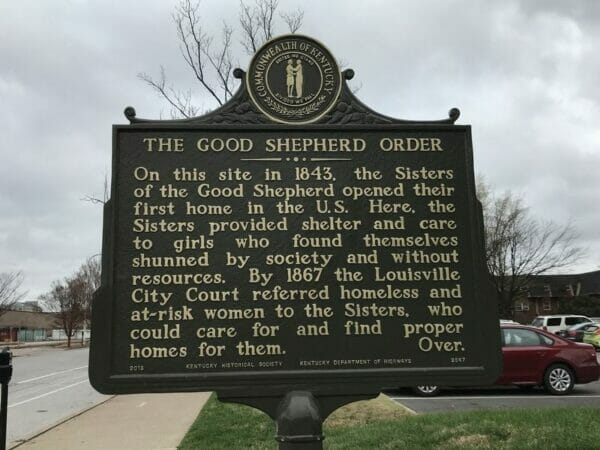 The U.S. foundation of the Sisters of the Good Shepherd (founded under the name Sisters of Our Lady of Charity of the Good Shepherd) began in Louisville, Kentucky, on December 1, 1842. Our Foundress Saint Mary Euphrasia chose five Sisters to form houses in the New World. The Sisters came to Louisville from the General Motherhouse at Angers, France. They ranged in age from 24 to 29 and spoke three languages among them.

The Sisters came by sea on the immigration ship Utica. After 30 days of miserable traveling conditions, they eventually arrived in the southern tip of Manhattan, New York, and were processed through Castle Garden. Ellis Island became operational in 1892. From Castle Garden, the Sisters migrated to Louisville. These brave and adventurous Sisters laid the foundation for the growth of the Good Shepherd Order in the United States of America.

As decades passed missions changed and vocations dwindled, causing provinces to merge. In 2000 the remaining U.S. provinces merged into two provinces: the Province of Mid-North America and the Province of New York. A third province, Province of Central South United States, formed in 2014 when the Order of Our Lady of Charity reunited with Sisters of the Good Shepherd. 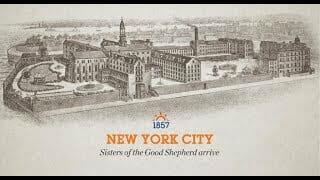 Today the Province of Mid-North America has ministries across the United States, including sponsored, jointly sponsored and affiliated ministries. These ministries include domestic violence shelters, programs for troubled girls, residences for women in recovery, post abortion counseling and various other services to those on the margins of society.

We are one of the few Orders that has two lifestyles. A Sister of the Good Shepherd can express her zeal for God’s people either as an apostolic or contemplative Sister. The Province of Mid-North America is part of an international congregation of Good Shepherd Sisters who perform ministries in 73 countries. Our ministries focus on social justice and human services for women, children and families.