Migrants weigh heavy on the minds of the Good Shepherd family. Most notably the separation of immigrant children from their parents at the U.S. border.

Hundreds of “freedom warriors” from border states began rallying at the detention camps in Tornillo, Texas, in late June. Their aim has been to show the nation that people will not stand for the deportation methods of migrants. The rallies have been in response to the deportation force’s detention of over 1,500 immigrant minors.

This is President Donald Trump’s latest executive order. It allows for the separation of families across the country and increased interior enforcement.

Twenty miles outside of El Paso, Texas, along the U.S.-Mexico border, sits the Tornillo Port of Entry, a U.S. Customs and Border Protection facility. The Trump Administration selected the encampment as the first site for temporary housing for the overflow of unaccompanied minors and the children of detained migrant parents, under the Administration’s new “zero-tolerance” policy.

On June 20, 2018, the U.S. Good Shepherd Sisters issued a statement regarding migrants to the President of the United States. The Circle of Provincials of North America signed the statement, along with National Advocacy Center of the Sisters of the Good Shepherd and the Good Shepherd NGO Special Consultative Status with ESOC, United Nations. 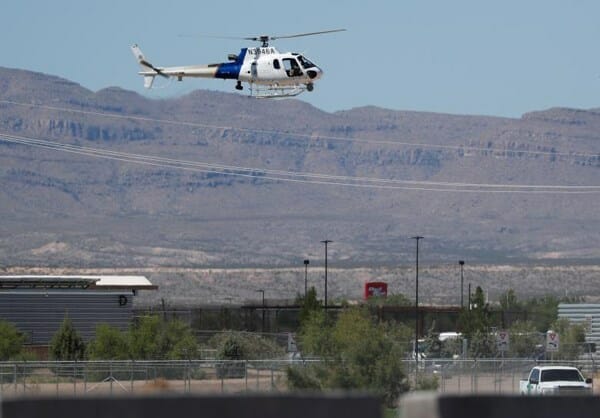 “We call for an immediate end to these cruel and immoral policies, which have an especially harmful impact on migrant women and children. In the face of such egregious mistreatment of the most vulnerable seeking refuge in the United States, we cannot remain silent.”

The statement on migrants went on to say, “There is no justification for tearing children apart from their parents and keeping them in punitive conditions. The families and children impacted are among the most vulnerable, are often fleeing unspeakable violence and persecution in their home countries, and are not a threat to national security.”

The signers of the statement chastised the Trump Administration for incorrectly and repeatedly claiming that the policy on migrants is the “law.” In fact, the United States government has a responsibility under U.S. immigration law to hear a person’s immigration or asylum case, not to scare them away or prevent them from seeking protection.

Good Shepherd representatives further described how deterrence policies don’t work, as they fail to address the root causes that force migrants to leave their homes in the first place.

“This policy is contrary to the values and principles of due process, solidarity, family unity and liberty that are embedded in U.S. law,” the statement reads.

Furthermore, the signed statement addresses how the Administration’s policy is a violation of the human rights of all migrants recognized under international law, including the right to migrate, the right to seek asylum, the rights of the child, and the right to family life.

It goes on to declare that detention causes physical and mental trauma and lifelong psychosocial and developmental problems. 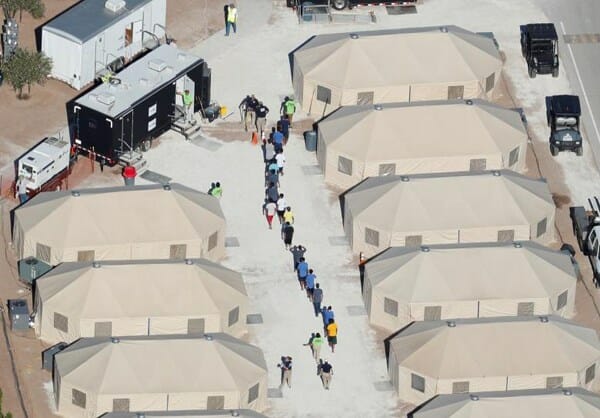 “The United States should pursue these alternative approaches that respect children’s and families’ fundamental rights to liberty, security, and human dignity,” the signers state.

The U.S. Good Shepherd family believes the Trump Administration’s policy is inhumane and goes against Catholic social teaching to love ones’ neighbor, welcome the stranger, and respect the human dignity of every person.

Items of Interest will report on Good Shepherd’s involvement in the protest in the August issue.

How you can take action to help migrants