In the Mid-North America archives is a scrapbook the Magdalens kept many years ago. It contains letters, pictures, and descriptions of what was happening on the convent grounds in Louisville and regionally. There is also a surprising amount of content that concerns national and international events.

The Magdalens did not have television or radio, but they kept up with current events through local contacts who supplied them with newspapers and magazines. It is reasonable to assume the items that made their way into the scrapbook may have held great meaning for the Sisters. Perhaps the Magdalen scrapbook was a focus of their community discussions and prayer. At a minimum, the scrapbook is an insight into what was on the minds of these cloistered Sisters.

News about World War I prominent in Magdalen scrapbook 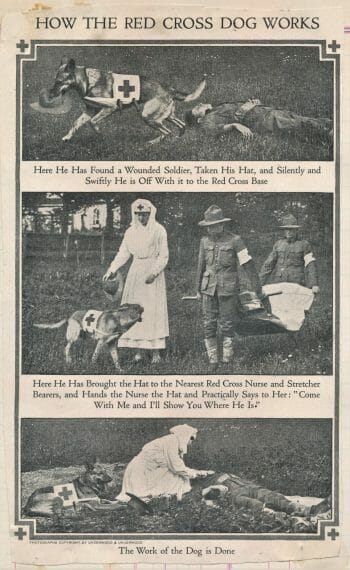 One of the first pages of the Magdalen scrapbook is filled with an “art supplement” from the Sunday Courier-Journal (a Louisville newspaper) dated September 29, 1918.

World  War I began with the assassination of Archduke Francis Ferdinand in 1914. Americans had been reading for years of battles like Verdun and Somme with hundreds of thousands of casualties. Terrifying new war tactics and tools filled the newspapers including dreadnought naval battles and aerial bombing raids.

More than 1,100 people had died when the Lusitania had been sunk and we experienced the first-ever aerial bombardments of urban civilians by zeppelins and biplanes.

Even the cloistered Magdalens must have been greatly impacted by the constant news from the fronts. The Courier Journal’s dramatic artistic interpretation of a decapitated Statue of Liberty and a New York City skyline engulfed in a firestorm with bombers flying in formation overhead must have captured their attention.

Other clippings in the Magdalen scrapbook continue the theme, “Procession of American Dead “Somewhere in France” with an image that appears to show local choirboys in robes.

A newspaper spread titled “How the Red Cross Dog Works” tells a story of rescue dogs. I can imagine the Sisters praying for fallen soldiers, nurses, and dogs alike.

The first International Eucharistic Congress was held at Lille, France, on June 21, 1881. The Eucharistic Congress took place in the United States for the first time in Chicago in 1926, at Soldier Field. There was no Congress in 1925, but is it possible that perhaps this picture is from a meeting locally, maybe in Louisville, in advance of the Congress? The 1926 Congress was the most important event in US Catholic lives up to that time. Historical sources say that this is where Catholics found their national political voice in America.

The Contemplatives, first known as the Magdalens, did not keep annals for their first few decades in Louisville, but they began to do so in 1899. Some of their earliest entries highlight feast days, important events at the convent, and even the meals they ate. The entry for December 16, 1899 states simply, “Feast of St. Irenion, Interior telephones are being put in the different departments.”

The entry in the Magdalen scrapbook for the following day mentioned a supper of sausages and pigs’ feet, a gift from the local bishop. The accompanying comment “We began to think that we were faring very well” illustrates the simplicity of the life they must have been used to living.

A photo labeled Sr. Magdalen of St. Elizabeth was included in the scrapbook they kept. I have not been able to identify her conclusively because no last name is given. However, I believe she may be Sr. Eunice St. Elizabeth Lowther of the Detroit community. Detroit and Louisville were both a part of the Cincinnati Province at that time, and there are numerous photos of visiting Sisters throughout the scrapbook.

Sister Elizabeth Lowther lived long enough, until 1973, to see the Magdalens renamed post-Vatican II as Sisters of the Cross. She served in several positions in the Detroit community during her religious life, including in the Laundry, the Sewing Room, Altar Bread Department, and as Assistant Infirmarian. 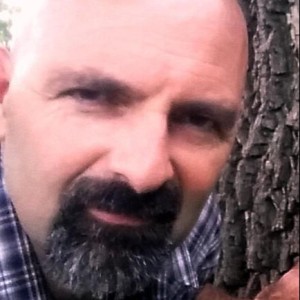