The Vatican Dicastery for Promoting Integral Human Development announced the celebration of a Special Laudato Si Anniversary Year, which runs from May 24, 2020 to May 24, 2021.

The kickoff for the anniversary year took place at noon across the globe (local time) on May 24 when Catholics brought solidarity to the world in a shared moment of prayer.

Some of the initiatives scheduled during the Laudato Si Anniversary Year include the Season of Creation (September 1-October 4), an international conference, musical, and conferring of Laudato Si awards. Other special projects include a documentary film on Laudato Si and a Laudato Si tree planting initiative. There is also an initiative to fight plastic pollution.

The Vatican held the 3rd International Conference on Laudato Si May 23-24, 2020. The event included several interventions on Faith for Earth, the Interfaith Rainforest Initiative, an interfaith launch of the Decade of Ecosystem Restoration and the launch of the Living Chapel Initiative.

The Laudato Si Anniversary Year will conclude by launching a Laudato Si Action Platform that will simultaneously address seven areas of interest for a period of seven years. These areas are families, dioceses, schools, universities, hospitals, businesses, and religious orders. They will be asked to make the 7-year journey in the spirit of Laudato Si to ultimately become Laudato Si dioceses or schools. 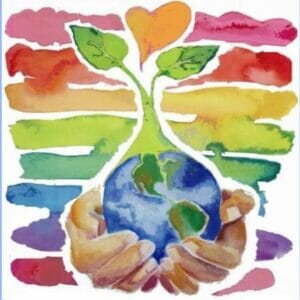 The anniversary year and decade to come call for us all to act together to save Our Common Home, to create a new birth, a new common home, to restore the ecosystems, to build up solidarity among ourselves.

Learn more about the Laudato Si Anniversary Year at https://bit.ly/3cMnKSD

Read more stories about Laudato Si in the Province newsletter Items of Interest.