Gospel space: a nun’s view of the United Nations

Gospel space. That’s what Winifred Doherty calls the United Nations, the place where she is engaged in ministry for Sisters of the Good Shepherd. Winifred says that every aspect of the brokenness of humanity and the brokenness of the world itself gets discussed at the UN, including how climate change is affecting the earth and the danger that we will actually destroy ourselves.

“I think about today’s issues in terms of the life of Jesus, and how Jesus walked on the earth doing good and challenging unjust structures, healing people, calling forth women and having women call him forth.

“I have come to realize at a very deep level that this space of the United Nations — where we as NGOs have the opportunity to give input and be consulted on major issues of the day —  is indeed a gospel space,” Winifred said.

For the first time since assuming her role at the UN eight years ago, Winifred said there is a document from the Vatican, Pope Francis’ new encyclical Laudato Si, which speaks clearly to the issues of the UN and dovetails with her ministry. 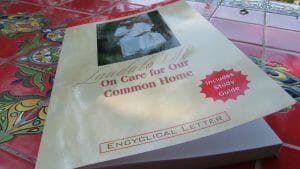 “Laudato Si is a marvelous document because it is a critique of capitalism as we know it and of the whole issue of the threat to the environment. The Pope brings these two issues together through the encyclical in a very beautiful way that is based on the gospel,” Winifred said.

She encourages everyone to read the encyclical if they want to gain a better understanding of how Winifred brings the charism of Good Shepherd to the United Nations.

“Sisters might be more interested in reading a document that comes from the Vatican and is an encyclical rather than plow their way through some of the heavy documents that come from the UN around the very same issues,” Winifred said.

Sisters of the Good Shepherd received special consultative status with the UN in 1996 on the basis of experience and expertise working with women and children who experience poverty and violence.

Mid-North America Province leadership team invited Winifred to attend the assembly in August to share information about how the congregations three international offices are integrating their efforts: the Spirituality Office in France, the Mission Development Office in Rome and the Justice and Peace Office in New York, where Winifred serves.

“The three international offices have recently begun integrating efforts and working together so we can operate from positions of strength rather than weakening our efforts through a silo mentality where each office is separate and on its own road,” Winifred said.

“With the invitation from Mid-North America I took my expertise to the assembly and shared personal reflections on my journey in terms of justice and peace. I also shared what has been happening  in the other two international offices, and how together with policy, advocacy, good practice, spirituality and the depth and breadth of our charism we can be effective  ministers of the gospel in the world today,” Winifred said. 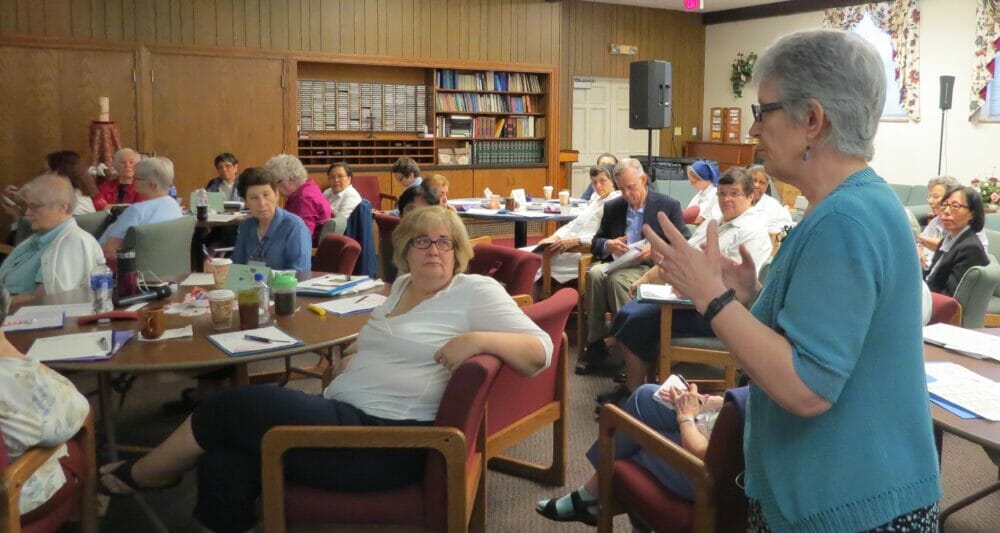